VITAMIN D AND WHY WE NEED IT

Vitamin D is one of the most important vitamins our bodies need to stay fit and healthy. It helps regulate the levels of calcium and phosphate in our system, which in turn keeps teeth, bones and muscles healthy.

As a result, a lack of Vitamin D can exacerbate muscle wastage, lead to rickets and osteoporosis, and cause teeth to weaken and fall out.

This deficiency can also impact your ability to complete simple cognitive tasks, make your skin look dull, and has been even been linked with a rise in depression.

Two recent studies looking at Vitamin D found that the lower your Vitamin D levels, the more you struggle with mental tests. And when it comes to your skin, Vitamin D can prevent premature ageing by boosting it at a cellular level.

More recently, close to 30 separate scientific studies have found that having optimal blood levels of Vitamin D reduces the chances of catching Covid-19, reduces how severe the disease is should you get it, and reduces the risk of dying.

In fact, Vitamin D is so important that the NHS recommends babies and children up to the age of four are given daily Vitamin D supplements to make sure they get enough.

The problem with Vitamin D, however, is that it’s not that easy to come by.

The majority of us struggle to get enough Vitamin D because our main source is the sun. In winter months, or when many of us have been confined indoors because of the coronavirus, we’re simply not getting enough sunlight on our skin, and this is the main way our bodies create Vitamin D.

Public Health England (PHE) already advises that everyone take 10 microgramms of Vitamin D a day between October and early March, particularly the elderly, people who do not go outside and those with dark skin. In the wake of the pandemic, more than 2.5 million people in England are to be offered a free supply of Vitamin D by the government. 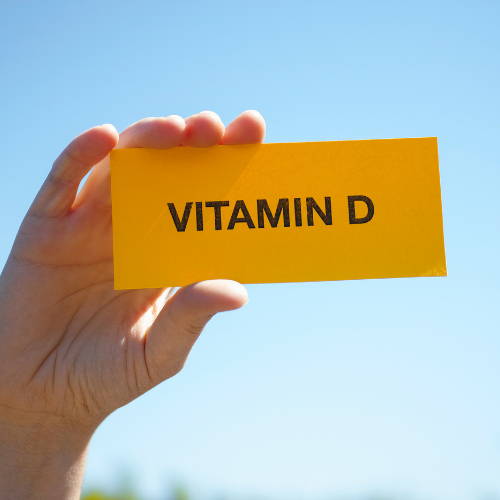 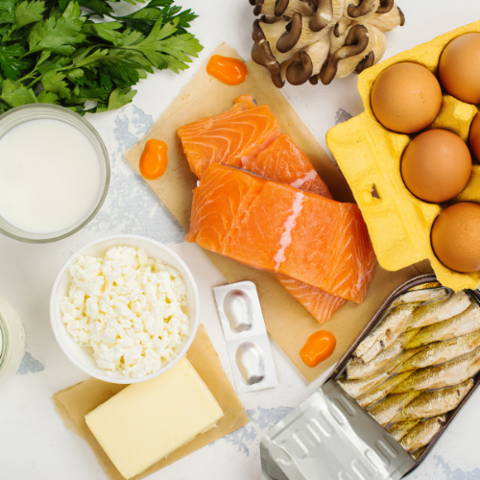 But what about the rest of us?

The best way, according to nutritionists and the NHS, is to boost our Vitamin D intake through our diet and foods that contain Vitamin D include:

Fortified foods – such as some fat spreads and breakfast cereals

On this list, mushrooms are the only vegan-friendly food that contains Vitamin D, naturally. All other natural food sources of Vitamin D are from animals, including poultry and seafood.

Cultivated mushrooms contain a plant sterol called ergosterol, which is the precursor of Vitamin D. But only if it's been cultivated in a way to absorb Vitamin D from sunlight.

One such mushroom is the Chaga mushroom. Found growing on birch trees in northern Europe, Asia, Canada, and the Northeastern United States, Chaga is rich in Vitamin D2 as well as Vitamin A, fibre, potassium, amino acids, and B-complex vitamins.

It also contains high amounts of the pigment melanin, which is what gives the mushrooms its deep black colouring on the outside, and its orange interior.

In Norway, Chaga is known as kreftkjuke, or "cancer fungus" due to its purported health properties.

Beyond boosting levels of Vitamin D, Chaga has also been shown to fight inflammation, lower blood sugar, lower blood pressure, and help with arthritis. And it’s one of the key ingredients in all three of our bestselling mushroom coffee blends. 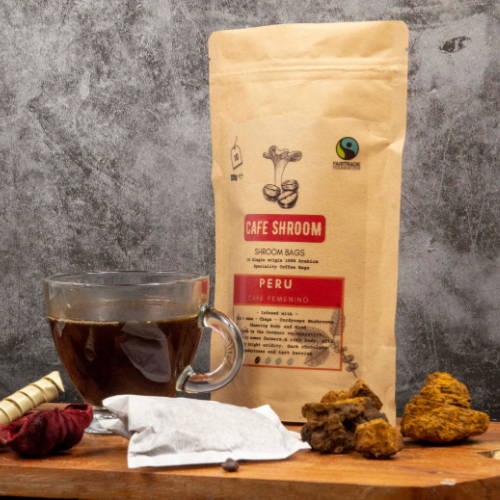